In detail, let’s look at the differences between Logitech’s C920 and C920s cameras. The Logitech C920s is the newer of the two models. The gadget was made in the year 2019. The Logitech C920 was first released in 2012.

Both Logitech webcams are a very good choice and hardly differ from each other. Only the C920s comes with a privacy shutter, which is not the case with the C920. The C920s also performs better at 720p with up to 60 FPS.

The claw-style grip easily fits onto most laptop and PC monitor displays, but if you prefer to keep your display clear, the mounting clip may also be attached to standard tripods. A tripod isn’t included in the package, but if you already have one, it’s a terrific way to be creative with your camera angles if you’re broadcasting in a cluttered environment.

Because there isn’t a detachable USB-C type cable like the Logitech Brio, the 1.5m USB-A cable is incorporated into the rear of the device, which may make carrying it a little difficult, but this is a common procedure for non-streaming optimized cameras.

The C920 requires very little effort to set up; simply plug it into your computer or laptop, and you’re ready to go. There are no drivers to install or update, and it works with Windows 7 and later, macOS 10.0 and later, and Chrome OS, allowing you some freedom in terms of your devices and operating systems.

You’ll need Windows 7 or later, macOS 10.10 or later, or Chrome OS to utilize the Logitech C920s Pro HD Webcam, as well as a USB-A connector. XSplit, Skype, Zoom, Google Meet, OSB, and Twitch are just a few of the prominent platforms and applications that work with the camera.

A 5-foot USB-A cable, privacy shutter, and user manuals are included with the Logitech C920s Pro HD Webcam. The webcam is larger and more durable than Logitech’s less priced versions, but it is still a compact and light camera. It doesn’t come with a tripod, but it does come with a tripod-ready universal mounting clip, which can be used to attach it to an external monitor. The privacy shutter is detachable, which is a useful feature for a camera, especially at this price. 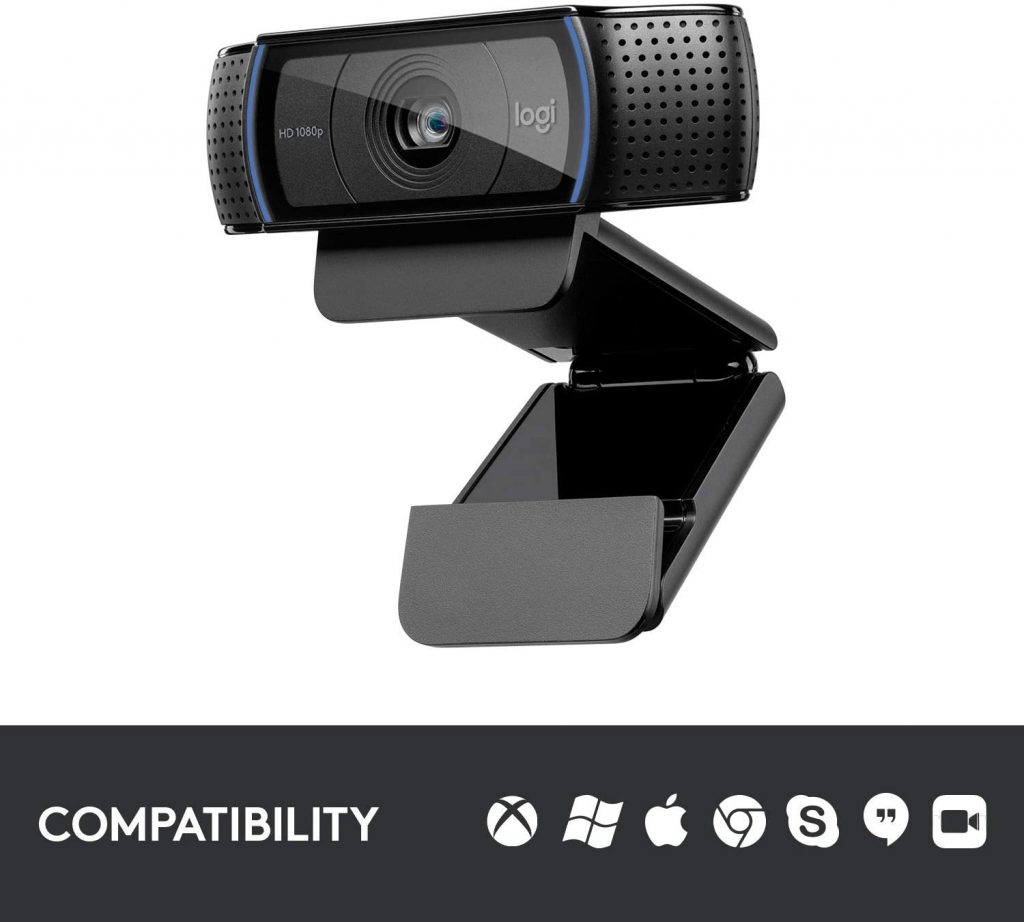 The C920 has a maximum output of 1080p at 30 frames per second. The light detection is excellent, allowing the recorded subject to remain in focus with minimum noise in low-light situations. In summary, the Logitech C920 is the ideal webcam because it has mastered the art of providing precisely what you need at a fair price and with no fuss.

Sure, you could spend $200 or more on something more luxurious, but the C920 delivers just what most people want in terms of performance, cost, and convenience of use. Whereas some webcams are overly sensitive when it comes to keeping the subject in focus, resulting in footage of constantly re-focusing video if you dare to even breathe a little too enthusiastically, the C920 prefers to pick a focal point and stick with it unless you really swing yourself out of the shot.

Given how messed up autofocus can make a stream if you forget to turn it off, it’s an excellent choice for streamers just starting on Twitch or YouTube.

The Logitech C920s Pro HD Webcam has a resolution of 1080p/30fps. It’s also possible to change the resolution to 720p/60fps. The superb video quality is aided by the glass lens, and the foreground and background visuals are both realistic.

The camera’s RightLight 2 technology can adapt to a variety of lighting situations. Additionally, the autofocus allows real-time tracking to eliminate image blurring when the user moves about. The 78-degree field of vision is fixed, as is the case with most Logitech cameras under $200. The colors, on the other hand, were rich and brilliant.

While the built-in microphones aren’t great, your speech is still discernible. Since no webcam has incredible audio capabilities, we always recommend utilizing a headset microphone or a standalone XLR or USB microphone. 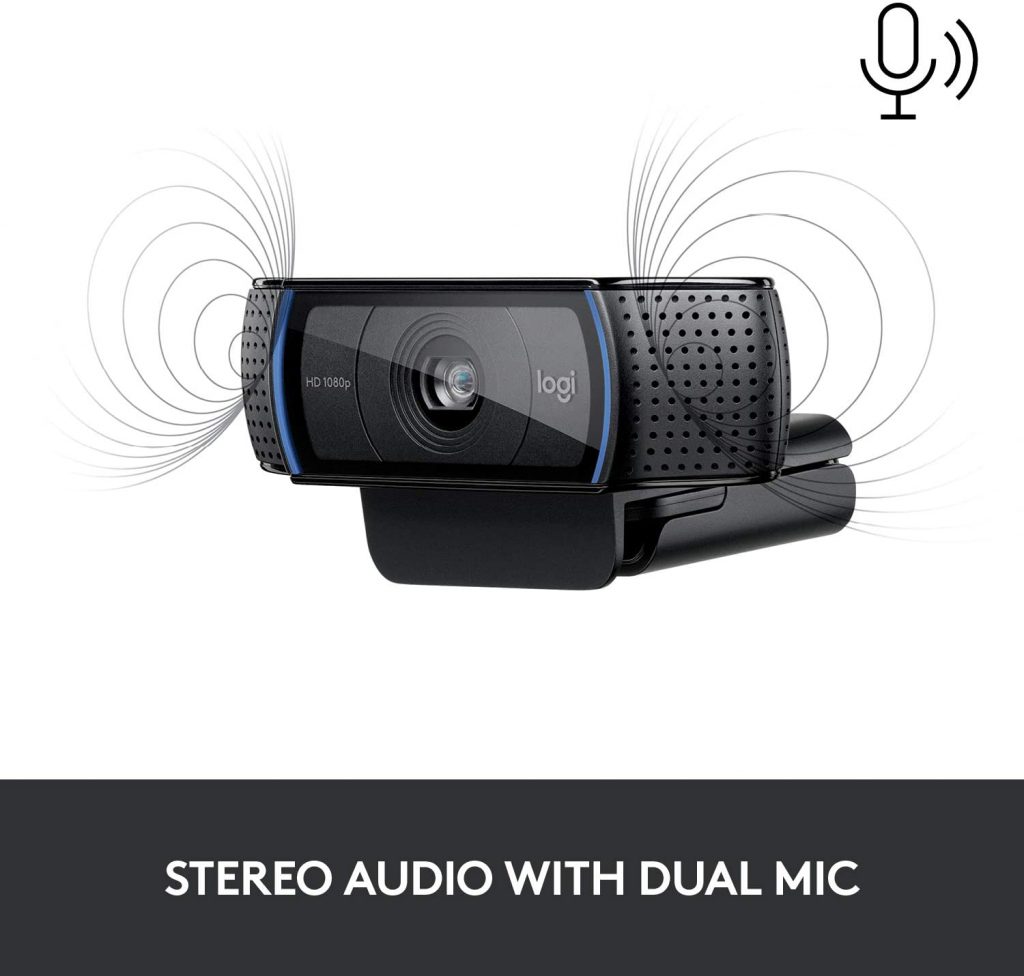 The Logitech C920 camera is a large piece of equipment, as is the case with many webcams. The gadget is 5.71 ounces in weight and is 3.7 x 2.8 x 1.7 inches in size. The Logitech C920, unlike the subsequent C920s, does not include a privacy cover for its lens.

Logitech doesn’t have that many special features since it is a fairly cheap and simple piece of hardware.

It’s 5.71 ounces and measures 3.7 x 2.8 x 1.7 inches. The camera’s lens is made of glass. The Logitech C920s also has a privacy shutter, making it one of just three Logitech cameras with this functionality that isn’t going to cost you $200.

The Logitech C920s is an easy-to-use webcam. The Logitech Capture program (also known as LogiCapture) has more features, including the capability to turn off auto white balance and autofocus and zoom in.

Now that the pandemic has passed, the suggested price of the C920 has been reduced to $79.99, but considering the product’s age, you may buy one for considerably less. This is still a pricey purchase for many, but when compared to other, newer webcams on the market, it presents a picture of getting your money’s worth.

The C920s is available for $69.99 on the Logitech website. It wasn’t available in new condition on Amazon at the time of publishing. However, secondhand devices are selling for ranging from $69 to $114, which may be an indication of their popularity.

Overall, the Logitech C920 camera is one of the most cost-effective webcams on the market. It’s a good solution for your laptop’s built-in webcam for a better video conference experience, thanks to its superb 1080p video. The C920 is also an excellent complement to any Twitch beginner’s setup.

The disadvantage is that, due to limited availability, for the time being, it may be difficult to contact. However, if you can find one at a fair price, it will undoubtedly improve your work-from-home arrangement.

The Logitech C920s Pro HD Camera is the sweet spot between the two if you want more than a basic no-frills webcam but don’t want to spend a lot of money. It comes with a long number of functions and will put you squarely in the high-end camera category. You’ll have a polished and professional appearance and sound. 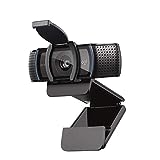