If you’re using a computer with a lot of processing power, you might also hear the clicking of a small fan. Computer fans have been our most-used cooling system for a long time to prevent overheating. However, they might not be the best option for people with high-end hardware.

Liquid cooling is a type of heat management system that combines the stunning visual appeal of a cooling device with incredible performance. This type of system is usually better at handling high temperatures than air. Although air cooling systems are not as effective as liquid cooling, they are still viable for minimizing your PC’s heat. They provide the same consistent cooling performance and are usually less prone to maintenance. 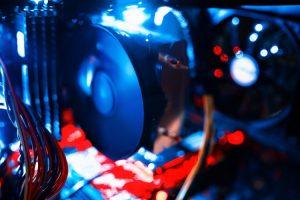 When keeping your computer cool, selecting the right cooling solution can help prevent overheating and keep it running smoothly. Aside from this, choosing the right temperature control solution can also help make your PC stand out. In today’s post, we will discuss both ways of cooling so you can decide which is a better option.

Both liquid coolers and air coolers have their advantages and disadvantages. Accordingly, it depends on you which cooler you should use. If you are experienced with computers, want a cool look and better performance, then a liquid cooler is the way to go. An air cooler, on the other hand, is better if you don’t want to invest a lot of time in maintenance, have a smaller budget, and don’t need too much cooling performance.

You have now learned which cooler is the better choice for you in short form. We would like to provide you with more detailed information at this point. We will therefore go into the advantages and disadvantages of both variants. Also, we will explain what you should look for when choosing the right cooler.

Liquid cooling is the ultimate temperature management system. It combines the visual appeal of liquid cooling with the incredible performance of traditional cooling. In liquid systems, heat is transferred away from the components and is generally better than air for heat management.

Liquid cooling systems are commonly used for various configurations. They are usually seen in an All-in-One (AIO) system. AIO systems are designed to fit the most widely used computers. They come with various pre-installed components that are designed to fit seamlessly on the machine. You can create custom liquid cooling loops for your devices. Just make sure that the loops are not too expensive to implement and maintain.

In an air cooler, the thermal paste is used to transfer the heat from the CPU’s IHS to a conductive base plate. The base plate then forms the attached heat pipes. Heat pipes are designed to work seamlessly from one location to another. They can also be used to increase the heat flow to a specific component, such as an elevated heatsink. These pipes deliver the energy needed to make the metal fins of a heatsink work. The fins then absorb the heat from the cooler air and push it away.

An air cooler’s effectiveness can vary depending on a variety of factors, such as the materials used to make it, the size of the fans, and the design of the CPU cooler. Air coolers are typically larger than standard desktop fans, but they can still provide a better cooling solution for smaller form factors. A passive cooler is typically not as common as a standard air cooler. Instead, it uses a special cooling device to distribute heat and absorb it evenly. These are usually used in low-acoustic builds.

Liquid Cooler or Air Cooler: What to Consider?

Whichever you prefer among the two cooling systems, you need to make sure you consider the following: 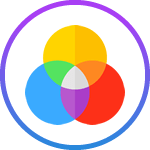 Air Cooler: Air coolers are typically smaller and less flashy compared to other types of heat sinks. They feature a large plastic fan and heat sink. 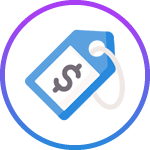 The first thing to consider when building a PC is its cost. Knowing what kind of machine you’re going to be using can help you save money. If you’re planning on editing 4k video content on your PC, then water cooling is the better option. It will allow your PC’s components to be cooled at their peak performance. The cost of air coolers or liquid coolers depends on their features and how they are utilized. Generally, air coolers require less maintenance and are more straightforward when used. 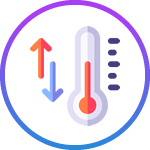 In overclocking, a computer’s base limits are pushed beyond its capabilities. By setting the CPU multiplier to higher frequencies, users can get the best possible performance from their PC.

Most users will not be overclocking their CPUs, but if they are, liquid coolers are ideal for them. This is because, typically, an increase in heat can drain the air cooling system’s capacity.

Liquid cooling is more efficient than pure conduction for minimizing air resistance and improving sound quality. Liquid coolers are typically the most energy-efficient option for reducing heat and noise. It’s also quieter than traditional air cooling. On the other hand, air coolers are good at moving heat away from the CPU, though it’s essential to keep in mind that they can be prone to overheating. But, Liquid coolers tend to be more durable and can handle the heat better.

Conclusion – Is a Liquid Cooler better than an Air Cooler?

So, which is better, air coolers or liquid coolers? It depends on how you use it and the typically performing tasks. If you want the most silent operation possible, using a liquid cooler is the solution. It lets you get the best out of your system without breaking the bank.

Meanwhile, using air coolers could be an excellent choice for looking for a more affordable and straightforward solution. Though these solutions are designed for the same purpose, the results may vary, so you may opt for the best option for your situation! You can also consider your PC’s various features and configurations when choosing between both ways of cooling.